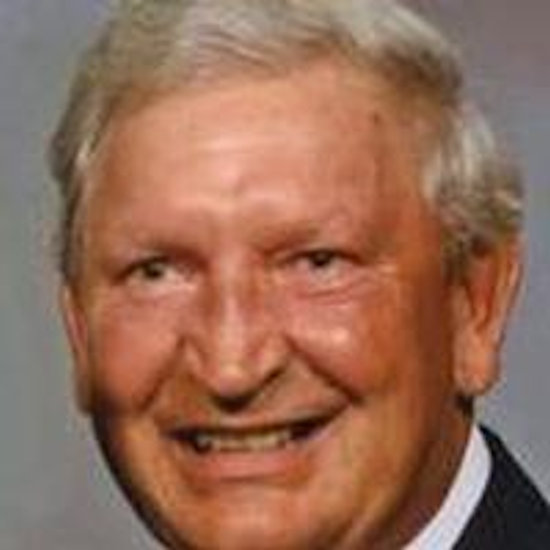 Duane F. Scheddel “Dewey”, Our loving husband, father and grandfather passed away peacefully on Thursday, September 27, 2012 at his home at the age of 78 years. The son of the late Lester and Sylvia (Grobe) Scheddel was born December 8, 1933 in Bay City. He was a member of Westminster Presbyterian Church. Mr. Scheddel retired from Dow Chemical Company in Midland after 41 years of service. He was a member of B.P.O.E. Elks Lodge # 88, played 4 years of varsity sports at T.L. Handy High School (graduated in 1952), played Federation Baseball and was a softball pitcher in the area for many years, and was inducted into the Bay County Sports Hall of Fame. Dewey coached PeeWee Football in Midland and baseball at all levels in Bay City area, and touched many kids lives over the years. He also officiated football and basketball games at the high school and college level. In this free time Dewey enjoyed golfing.

On September 6, 1952 he married his high school sweetheart the former Bonnie J. Bowden, they recently celebrated their 60th anniversary by renewing their wedding vows. He is also survived by his children and their spouses; Lynn and Fred Heckerthorn, Tim and Vicki Scheddel and Jan and Steve Caldwell, his grandchildren; Seth (Angela) Heckerthorn, Kate Heckerthorn, Paige and Brooke Caldwell, two great grandchildren; Anna and Lena Heckerthorn, his sisters-in-law; Beverly Scheddel, Sandra Whelton, Kathy ( Bob) VanAcker, his brothers-in-law; Bud (Margene) Bowden and James (Barbara) Bowden, many nieces and nephews, his pet cat; Shadow. In addition to his parents he was also preceded in death by his brother; Larry Scheddel, his brother-in-law; Ken Whelton and a nephew; Gary Scheddel. The family would like to extend a special Thank You to his caregivers; Karrey and Theresa, Dr. Joseph and Dr. Potts for the kind and compassionate care our loved one received during his time of need.

At the request of Mr. Scheddel cremation has taken place. A Memorial Service will take place Tuesday, October 9, 2012 at 11:30 a.m. at Westminster Presbyterian Church. Officiating will be Rev. Matthew Schramm. Friends may call at the church on Tuesday from 9:30 a.m. until the time of services. Memorial Cards for Westminster Presbyterian Church, Hospice Advantage or the Donor’s Favorite Charity will be available at the church. www.gephartfuneralhome.com