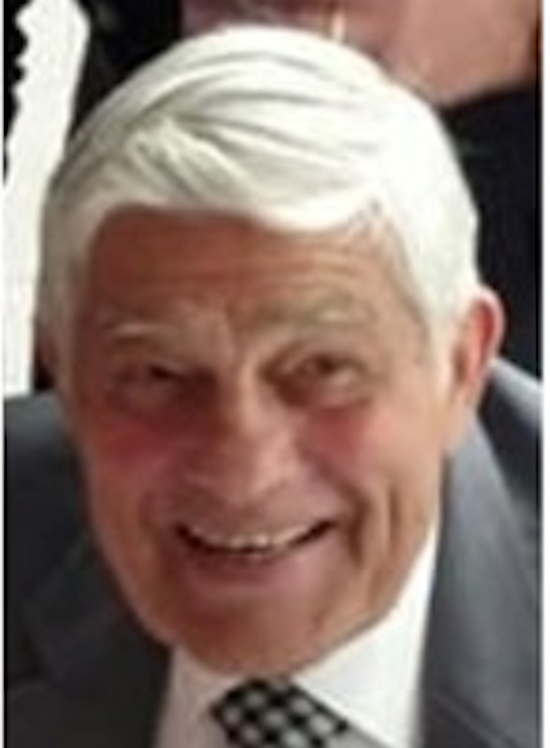 George DeWaine Middleton, age 89, passed away on Wednesday February 5, 2020 at Brookdale, Alzheimer’s and Dementia Care. He was born on September 21, 1930 in Bay City, Michigan to the late Ford and Martha (Nowak) Middleton. George was in the first graduating class from TL Handy High School in 1949, a Golden Gloves Boxer, served in the USMC during the Korean War, past president of UAW Local 362, Bangor Recreation baseball coach, John Glenn Booster Club member, Bay County Commissioner, Bangor Township Supervisor, founder of Saginaw Bay Mosquito Control Board, life member of Lodge BPOE 88, Moose Club. He was also a board member of the Boy’s and Girl’s Club, United Way and a member of Trinity Episcopal Church. George was on the first hospital board for Bay Medical Center (McLaren Bay Region) and McLaren Mental Health Board. He served on both boards for several years. He was known as “Mr. Popcorn” for all his volunteer work at McLaren. George retired as a millwright from Bay City Chevrolet after 42 years. He loved gardening, fishing, hunting, camping, and driving the boat for water skiing.

Funeral Services will take place at Trinity Episcopal Church on Monday, February 10, 2020 at 11:00 a.m. Officiating will be The Reverend Sue Rich followed by Military Honors conducted by the Bay County Veterans and U.S. Marine Corp. Interment will take place in Floral Gardens Cemetery. The family will be present at the Gephart Funeral Home, Inc. on Sunday to receive family and friends from 4:00 to 8:00 p.m. Mr. Middleton will be taken to the church on Monday to lie in state from 10:00 a.m. until the time of services. Memorials may be made to: McLaren Bay Region, Trinity Episcopal Church, 815 N. Grant St, Bay City, MI 48708, or John Glenn Booster Club, 3201 Kiesel Rd, Bay City, MI 48706. The family would like to extend a special thank you to all the staff at Brookdale, McLaren 3 East and 3 West.