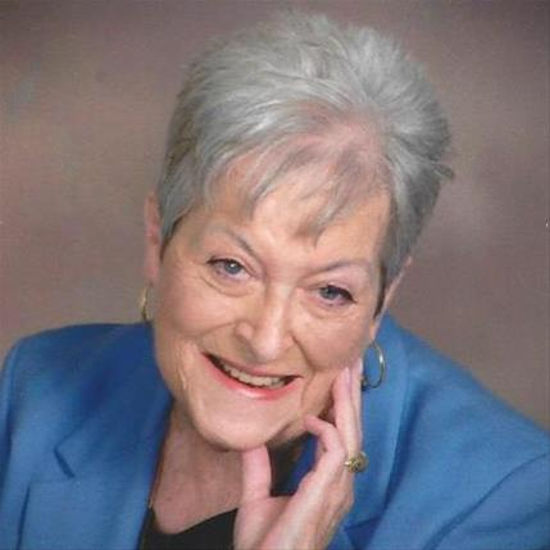 Judie was born on March 14, 1942, in Bay City, Michigan, the daughter of Harold J. Padget and Fern (Nutt) Padget. She graduated from Bay City T.L. Handy High School in 1960 where she was the editor of her high school newspaper and yearbook; she went on to attend professional journalism courses at Indiana University.

Prior to starting a family, Judie was a telephone operator and worked in administration at various hospitals. After settling in Northern Illinois and as her daughters became school age, Judie rekindled her passion for journalism as a news correspondent in the mid-1970s at a local weekly, Scope, where she gradually worked her way into the position of editor. Judie proved to be the consummate newswoman. She served briefly as news editor and managing editor before being named editor at The Monroe Evening Times, a position she held for more than 20 years. During this time, she led what became known as The Monroe Times through numerous key transformational changes including redesign, pagination and the development of a digital presence. Her love of a good news story was unmatched. Judie earned a reputation for being a tough but fair newspaper woman, and she was fiercely proud of The Monroe Times – the smallest daily newspaper in the state at the time – and the high caliber of journalism it produced. Under her watch, the Times earned numerous industry accolades, including first-place and general excellence honors from the Wisconsin Newspaper Association and an award from the National Newspaper Association.

Judie was teacher and mentor to countless young reporters, photographers and editors who worked under her through the years. Many remained friends after leaving for other opportunities and credited Judie with launching their careers. Judie was active in professional groups and served as the president of the Associated Press Managing Editors chapter in Wisconsin. She loved socializing with other newspaper people and swapping stories from the newsroom.

Upon retirement in 2006, Judie spent her time devoted to family, friends and other hobbies including reading, painting and crocheting. In 2012, she moved to Cedar Rapids, Iowa to live with family.

Judie was a member of the Monroe Theatre Guild, Kiwanis, Monroe Main Street Initiative and other organizations in Monroe. After moving to Cedar Rapids, she became a member of Salem United Methodist Church and served on the church board.

An amazing mother, grandmother and great-grandmother in addition to her professional accomplishments, Judie is deeply missed by daughters Billie (Scott) Shaffer of Cedar Rapids and Vicki (Tony) Bickel of Madison; grandchildren Jaimie (Steven) Murray, Jarrod (Shelby) Tessendorf of Cedar Rapids and Josie Mayer of Madison; great-grandchildren Norah and Arlo Murray of Cedar Rapids; sister-in-law Betty Padget of Bay City, Michigan; nephew Ben (Mandy) Padget of Kalamazoo, Michigan and niece Michelle Padget of Rockville, Maryland; special friends Lorri and Tom Larson of Monroe as well as innumerable friends and relatives throughout the Midwest. She was proceeded in death by her mother in 1994 and brother, Jack Padget, in 2013.

The family sincerely thanks all of those involved with Judie’s care in her final days, including Meadowview Memory Care Village and the Mercycare hospice team.

As per her wishes, a journalism scholarship will be set up in Judie’s name at Monroe High School.