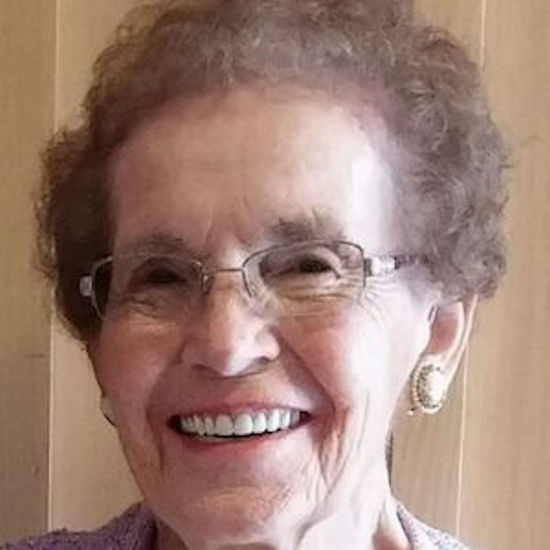 Loretta Emma (Horneber) Kramer, died peacefully at home, surrounded by family, on February 27, 2019. She was born March 17, 1933 and took delight in being born on St. Patrick’s Day. She was born and raised on the family farm, to the late Michael and Ida (Warmbier) Horneber.

She met the “love of her life,” Lloyd Kramer, at his sister’s wedding. They married on July 16, 1955 and spent 63 beautiful years together. The two of them had an exemplary love, so much so that she followed Lloyd into Heaven just 16 days after him. While Lloyd was transitioning into eternal life, Loretta told him, “it’s okay to go, I’ll be right behind you.” Neither of them could imagine a life without one another, a testament to true love. She was a long-time member of Trinity Evangelical Lutheran Church, where she enjoyed frequenting with her family. Before starting her family, Loretta worked at Industrial Brownhoist, and spent many decades working local elections. She graduated from T.L. Handy High School in 1951 and still kept in close contact with her high school friends, including life-long friend, Barb Kramer.

In her early days, she could be found polka dancing with Barb or ice skating with Lloyd. Loretta enjoyed spending time at their business, Kramer’s South End Grocery, with her husband and sons. You could often find her downstairs making homemade sausage with her husband or upstairs conversing with customers. Loretta’s hobbies included bird watching, crocheting & knitting (especially, her famous slippers), traveling, playing piano, planting flowers and spending time outdoors. She took much pleasure in spending time with her family, and especially treasured time with her grandchildren and great-grandchildren. Many, who knew Loretta, could attest to her sweetness and her willingness to help others. Together, with her husband and family, she lived a full life, full of lots of love and laughter.

Funeral and committal service will be Monday, March 4, 2019 at 11 a.m. at Trinity Ev. Lutheran Church. The Rev. Joel Pankow will officiate. Private burial will be at Floral Gardens Cemetery. In lieu of flowers, memorials may be made to Trinity Ev. Lutheran Church or Heartland Hospice. Visiting hours will be Sunday from 1 to 8 p.m. at Penzien-Steele Funeral Home. She will lie in state at the church on Monday from 10 a.m. until the service begins.