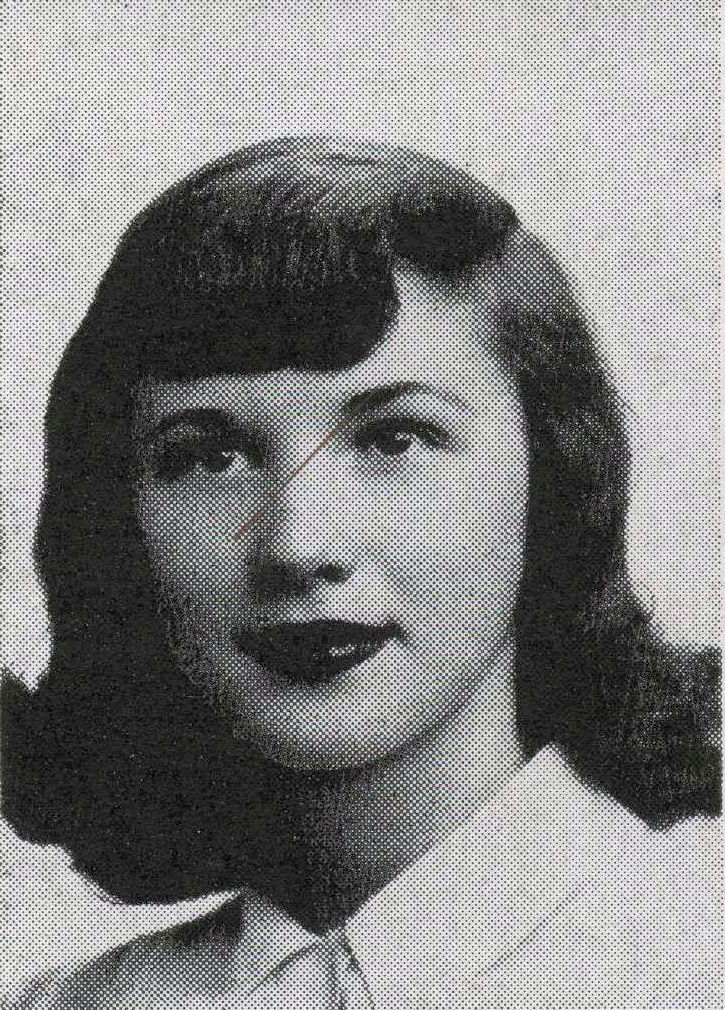 After much research, the following obituary was found from Arizona:

Mrs. Susan Kay Grimm, a former home economics teacher at Doolen Junior High. died of cancer yesterday at the age of 31. A native of Bay City, Mich., she came to Tucson six years ago.

Mrs. Grimm attended Stevens College and graduated from Western Michigan University where she was a member of Alpha Chi Omega sorority. She was an active member of Mountain View Presbyterian Church.

Survivors include her husband, Donald; a son, Bruce R., her parents, Mr. and Mrs. James Risser, of Bay City; two sisters, Mrs. L. B. Graves and Mrs. John O’Laughlin, also of Bay City; and a brother, Lt. Cmdr. L. B. Risser, of Pascagoula, Miss.
Memorial services will be held today at 7:30 p.m. at Mountain View. The body will be sent to Bay City by Palms Mortuary. The family requests that donations be made to the American Cancer Society in lieu of flowers.