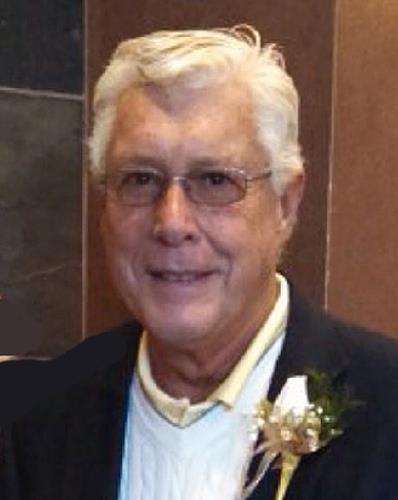 Delbert C. Crook, Jr., our loving husband, father, papa, brother, and friend passed away peacefully at his home on May 30, 2016 after a brave fight with Amyloidosis. He was born in Bay City on February 8, 1945 to the late Delbert and Gretchen (Long) Crook and was raised on the shores of Aplin and Wenona Beach. His first job was working the dock at “Whitey’s”, his grandfather’s pier at the mouth of the Saginaw River. There he learned his love of fishing and caught the best catch of his life when he met Sandra Kay Doyle. After graduating from T. L. Handy High School in 1963, he married “Sandy”, the love of his life on April 24, 1965 and they celebrated 51 years of marriage this year.

He is survived by three children who were so proud to call him Dad: two sons, Darin (Vicki) Crook, Corey (Kim) Crook, and one daughter, Sarah (Bill) Wesolek. Also surviving is his younger brother, Ted (Cheryl) Crook; three sisters-in-law: Carol Doyle Colleen (Sean) Battles, and Debra (Alan) Brousseau. The biggest blessings he was so proud of are the seven grandchildren who call him Papa. He loved them all so much and passed on many great stories and lessons to each of them. His memory will be kept alive by Jordan and Cassidy Crook, Alexis, Hunter and Carley Crook, and Delaney and Sean Wesolek. Besides his parents, he was predeceased by his brother-in-law, Jim Doyle. Del was employed at Bay City Chevrolet, now GM Powertrain for 41 years with most of that time in Management before retiring in 2004 as Production Control and Logistics Manager, Shipping, Receiving and Floor Operations. He was a proud employee who had a work ethic that was unsurpassed and held dearly the friendships that he made while working at the plant.

Del was a Ham Radio Operator and held the call letters K8RFN and was past president of the General Motors Firebird Amateur Radio Club. He loved sharing this passion with his kids and they enjoyed the many conversations held with people around the world. Del was very active in the Bay County Community as Past President and Board Member of the United Way of Bay County, serving on the Board of the Bay Area Chamber of Commerce, Past President of the Bangor Township School Board where he had the honor of presenting his three children with their high school diplomas. He was also very active in the John Glenn High School Booster Club and the Bay City Jaycees where he met so many lifelong friends.

Del loved wood working and he and Sandy became known as the “Country Couple”. They traveled the Midwest selling Amazing Folding Tables. He loved anything to do with the water and that was seen in his passion for fishing and boating. After retirement, he bought a boat and named her “SANDEL”. Little did he know that that boat would bring a second family in the friends on “A” Dock at Liberty Harbor Marina. Del enjoyed cooking and a nice glass of wine. He was also known for sipping on a Manhattan and watch the sun set with many dear friends during his many winters in Punta Gorda, FL. Del was a special man and had a wonderful sense of humor. He loved a good party and had a way of making everyone feel special. His family would like to thank Riverview Medical (Dr. Campau and staff) and McLaren Visiting Nurses for the care given to him during his illness.

The Funeral Liturgy will be celebrated Saturday, June 4, 2016 at 11:00 am at Corpus Christi Parish (Holy Trinity Church, 1008 S. Wenona, Bay City, MI). Del will lie in state in church Saturday after 10:00 am). Rev. Robert S. Gohm will preside and cremation will follow. Memorial contributions may be directed to Camp Fish Tails (www.campfishtales.org). Visiting hours with the family will be Friday from 2:00 pm until 8:00 pm, with the Vigil Prayer Service at 7:00 pm at the W. A. Trahan Funeral Chapel.