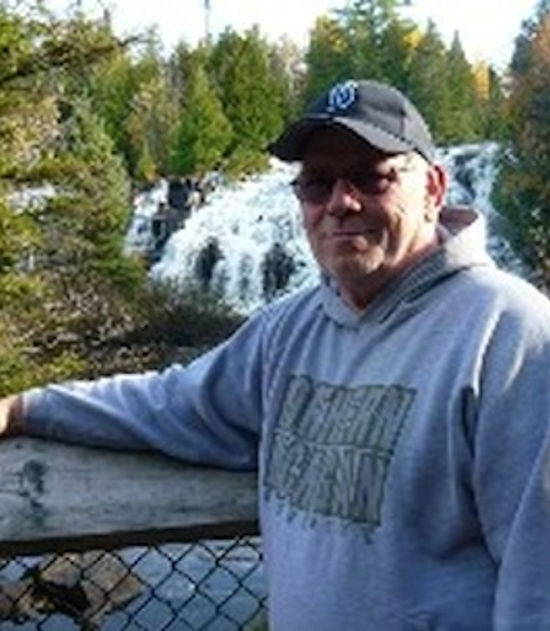 Dave was born October 25, 1951 in Bagley, Minnesota to Cloyce L. and Louise I. (Trumbull) Speaker. He grew up in Bay City, Michigan and graduated from TL Handy High where he earned several wrestling honors. A retired union carpenter, he was a grizzly bear of a man who filled up most doorways he walked through, often stopping for a back scratch on the jam. Dave, aka “Snerf,” was a fierce friend, the kind of guy you were lucky to have your back. He was a man of few words, and if he took the time to say it, it was either really important or really funny. Most importantly, he was the kind of guy who was happiest with a baby in his arms or wrestling the kids on the floor.

Dave married Vickie Linn Booth on September 13, 1975 and together they raised four children in God and love. Dave earned another title, “Grandpa” or “Papa Dave,” when his four children had nine babies of their own (soon to be ten). He was grateful to have so many babies to hold, and as they grew, a lot of grandkids to give “boots in the booty.”

Dave was a highly successful baseball coach who spent years coaching his children’s little league teams. He was the manager of the first Negaunee High School baseball team, spent time coaching the Ishpeming Blues, and was the founder of the Tri-County Northstars, the area’s first men’s baseball team which has now evolved into the Superiorland Baseball League. Dave was so much more than a coach, he was a mentor who molded girls into women and boys into men. Baseball was just the language he could speak well enough to get the job done right, and often said, “if you’re going to do it you might as well do it right.”

He was preceded in death by his parents and his dear sister, Sue Ellen.

Funeral services will be held at 3:00 pm on Friday, November 23rd at Eastwood Apostolic Lutheran Church with Rev. Dale Niskanen officiating. Interment will be in the Negaunee Cemetery. The family will greet relatives and friends from 1:00 pm until the time of services at 3:00 pm at the church on Friday, and also at luncheon reception in the church hall. Pallbearers will be David Speaker, Jr., Robert Booth, Jr. and Robert Booth, III, Steven Booth, Justin Robar, Mikel Annala, Timothy Barrette, Robert Dunning and James Larsen, II. In lieu of flowers, memorial contributions may be directed in Dave’s memory to the Eastwood Apostolic Lutheran Church or the Negaunee Little League, 409 Croix St., Negaunee, MI 49866.
To send flowers to the family of DAVID CLOYCE SPEAKER Sr., please visit our Heartfelt Sympathies Store.