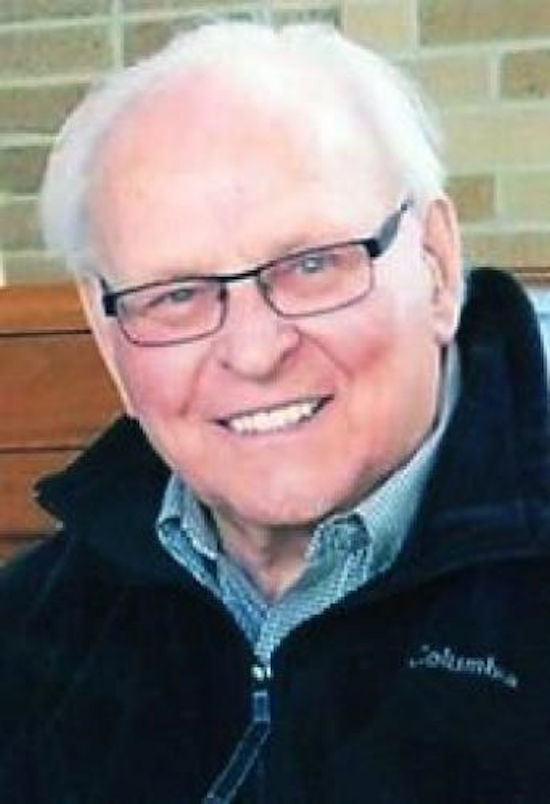 Alvin Leo Sprague, 95, received his eternal reward on October 21, 2018, and joined heaven’s choir where he will forever sing praises to his Lord and Savior, Jesus Christ, whom he deeply loved and faithfully served on earth. By his side was his wife of 9 years, Nancy (Ratell) Sprague. Al was preceded in death by his first wife, Mildred (Young) Sprague, to whom he was married 60 years.

Before serving in WWII, the Al Sprague Band toured the Bay City and Saginaw area weekend dance halls. Al was a Sergeant in the US Army, serving his country as part of the signal corps on the island of Okinawa and occupied areas of Japan. Upon returning to Bay City after the war, Al stepped off the bus and immediately proposed to Mildred Young; they were married on June 16, 1947 and had 6 children. Al attended Westmont Bible College in Santa Barbara, CA for two years and then returned home to finish his education at Central Michigan University, where he received both a Bachelor’s degree and Master’s degree in Education. As a career educator, first in Kawkawlin and predominately in the Bay City School District, Al was the inaugural president of the local teacher’s union. He served the educational community for 34 plus years, the bulk of which as a Counselor and Assistant Principal of TL Handy High School, where he had the distinction of personally handing diplomas to each of his children.

The only thing greater than his love and commitment to family, education, music and sports, was his love for his Lord and Savior, Jesus Christ. Al was a longstanding member of the First Baptist Church of Bay City, and was instrumental in its move from Center and Madison to its present location in Essexville in 1967. He served as Sunday School Superintendent and teacher, choir and music director, frequent soloist, and provided pulpit supply, and was ready with a Gospel message at any time. Al was also involved in a radio outreach program for many years. Al enjoyed people, especially his students at Handy High.

He held Christian Youth Fellowship, attended countless sporting events, served as Athletic Director, announced games, and sometimes even sang the national anthem, all for his beloved Wildcats. He retired in 1986 which increased his tennis and golf playing time significantly. He and Mildred moved to a lake house in Hale, MI, where he also logged many hours driving the ski boat for his kids and grandkids. Alvin and Mildred’s marriage vows were fulfilled on October 30, 2007 when she passed away and death parted them. Al and Nancy Ratell, herself a widow to Jerome Ratell, were married two years later on August 7, 2009. Al was smitten with his new wife Nancy, and they enjoyed 9 wonderful years together, traveling and visiting friends and family all across the country, and around the world. Together they grew their faith in Christ through daily prayer and Bible study. Nancy attended to his every need as his health began to fail, and stood by his side when he drew his final breath.

Surviving family include his loving wife, Nancy; 6 children, Paul (Jacqueline) Sprague, Mark (Carol) Sprague, Anne (James) Johnson, Ruth (Vincent) Viscardi, James (Jody) Sprague and Jennifer (Rick) Liles; 11 grandchildren; 11 great-grandchildren; 1 great-great-grandchild; 3 step-children, Scott (Debby) Ratell, Brett (Tracie) Ratell and Nanine (Karl) Fleichmann; 7 step-grandchildren; 3 step-great-grandchildren and many nieces and nephews. Al was the youngest of 6 siblings, all of whom preceded him in death, Gary, Marie Ludwig, John, Ed and Elva Anne Bennington. Funeral service will be at 11:00 a.m. on Saturday, October 27, 2018 at the First Baptist Church, 1145 W. Center Ave. in Essexville. Pastor Mike Reece and Pastor Thomas Sluys officiating. The family will greet friends at the funeral home on Friday from 2:00 to 8:00 p.m. Al will be taken to the church on Saturday where visitation will continue from 10:00 a.m. until the time of the service. Military honors will be conducted under the auspices of the Bay County Veterans Council and the US Army. Private interment will be at Elm Lawn Cemetery. Those desiring may make contributions to the First Baptist Church or the Alzheimer’s Association.