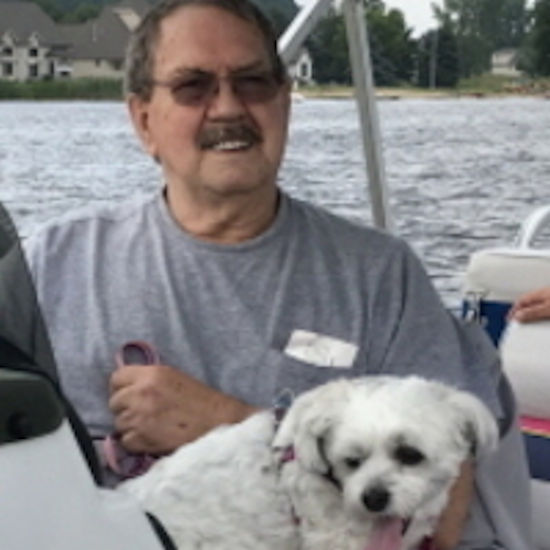 Herbert W. Kimball, 78, of Mt. Pleasant and formerly of Saginaw, passed away Friday, November 8, 2019, in Bay City. He was born May 25, 1941, in Bay City, Michigan, son of the late Lloyd Harold and Lucille Alice (Savage) Kimball. A 1959 graduate of T.L. Handy High School, Herb served in the U.S. Army from 1960 until his honorable discharge in 1964. That same year he met the love of his life, Virginia Ginnie Hansen, on a blind date while she was in nursing school. They married on May 1, 1965, at the First United Methodist Church in Saginaw. Herb was employed at Saginaw Steering Gear, Plant 2, for 30 years. He retired in 1995, at which time he and Ginnie moved to Georgia only to realize that the weather was too hot. They returned to Michigan in 2001 and settled in Lake Isabella.

As a young man, Herb excelled at baseball. He continued to be involved in the sport as he became a coach in Shields for his childrens softball and baseball teams. He was well respected and loved by many in the community as he was a gifted, patient coach who was able to bring out the best in every player. In the 1970s he, his brothers, and father, built and maintained a stockcar that his youngest brother Ronnie drove at Tri-City Motor Speedway in Auburn. He had a lifelong love of racing – he attended numerous NASCAR races over the years. He participated in the Richard Petty Driving School at Talladega Super Speedway, and drove his own 2002 Corvette on the Michigan International Speedway. Herb was very knowledgeable about many things. He could fix just about anything with a little time, brainpower, and elbow grease. Thankfully, he shared much of his practical knowledge with his children and grandchildren. Rarely a day goes by that his family doesn’t heed his words of wisdom. He was a wonderful musician, playing the guitar by ear and singing old country songs to the delight of those around him. Early in his retirement, Herb enjoyed spending time on the St. Andrews golf course in Douglasville, Georgia, golfing with Ginnie, making friends, and working as the courses marshal. He and Ginnie traveled a lot together. Most trips involved being near water, whether on a Caribbean cruise, driving to Hilton Head, SC, relaxing in Biloxi, MS, or spending the day in Manistee, MI. He loved to simply sit and listen to the sound of the waves. Herb loved, supported, and focused on his family, which became more amplified as grandchildren came into his life. He was the best Papa to the kids. He loved to be involved in their lives, spending time attending the kids events, offering sound advice, or just sitting and reading them a book. Herb was a kind, loving, gentle soul who is finally at peace and is reunited with his son and our Lord.

Herb is survived by his wife of 54 years, Ginnie; his loving fur baby, Izzy; two daughters, Amy (Mark) Kimball-Niepmann of Suwanee, GA and Debra (Ray) Christie of Mt. Pleasant; four grandchildren, Jonathan (Kelli) Christie, Rachel Christie, Scarlett Niepmann, and Rebekah Christie; two brothers, Robert (Mary Ann) Kimball of Carrollton and Ronald (Lynn) Kimball of Alger; and several cousins, nieces and nephews. He was preceded in death by his parents; son, Jon Wesley Kimball (1987); and siblings, Iris Gatewood and Norm Kimball. Herbs life will be celebrated at 2:00 pm, Wednesday November 13th at Mt. Pleasant Community Church with Pastor Alan Cullen officiating. The family will receive friends at the church on Wednesday one hour prior to the service, and at Charles R. Lux Family Funeral Home on Tuesday November 12th from 5:00-8:00 pm. In lieu of flowers, the family recommends memorial contributions to Multiple Myeloma Research Foundation (themmrf.org) or the Humane Animal Treatment Society (www.hatsweb.org). A very special thank you from the family to Mt. Pleasant Community Church.