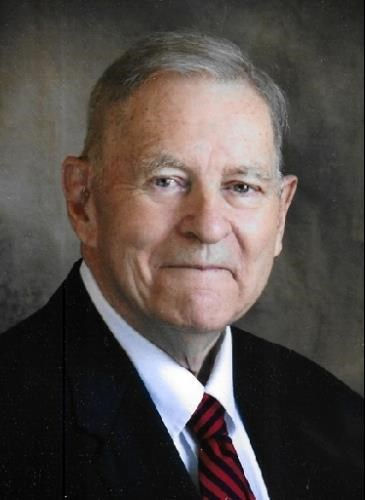 Traxler, Rep. J. Bob Bay City, Michigan Rep. J. Bob Traxler, former U.S. Democratic Congressman, passed away Wednesday, October 30, 2019 evening at his home with his loving family by his side at the age of 88 years. Jerome Bob Traxler was born July 21, 1931 to the late Harry and Elizabeth (Laracey) Traxler in Kawkawlin, MI.

Bob attended the public schools in Bay City including T. L. Handy High School where he graduated in 1949, and received a B.A from Michigan State College in 1953 and an LL.B. from Detroit College of Law in 1959. While a student at MSU, he became a member of the Kappa Sigma Fraternity. Bob served in the U. S. Army from 1953-1955 and was admitted to the Michigan Bar in 1960.

He commenced practice in Bay County where he served as an assistant prosecutor from 1960-1962. From 1962-1974, Bob was a member of the Michigan House of Representatives and was a majority leader from 1965-1966. While in the Michigan Legislature, he led an effort to allow bingo and other games of chance for charity fundraising. That gave him the nickname “Bingo Bob”, and also paved the way for the Michigan Lottery.

Following the resignation of Republican James Harvey on January 31, 1974, J. Bob was elected as a Democrat on April 16, 1974 to fill the vacancy to the 93rd United States Congress in Michigan’s 8th Congressional District. He was subsequently re-elected to the nine succeeding Congresses until his retirement on January 3, 1993. While in Congress, Rep. Traxler rose through the ranks to serve on the powerful House Appropriations Committee. He used his influence to secure a number of projects for Bay City, including a now-closed EPA supercomputer center and brought the EPA research vessel, Lake Guardian to the Great Lakes.

Bob was a member of Trinity Episcopal Church, the MSU Board of Trustees, and the Mackinac Island State Park Commission. Left to cherish his memory are his wife, the former Jean Hose whom he married on January 1, 2006 in St. James Church; his daughter, Sarah (Christopher Gadjev) Traxler; stepchildren: Greg (Rose Mary) Hose, Caroline (Luke) Whittington; nine grandchildren; several nieces and nephews; and many dear friends. Besides his parents, he was preceded in death by his siblings, including beloved brothers Kenneth Traxler and Ben Sylvester.

Funeral Services will be held Wednesday, November 6, 2019 at 11:00 am at Trinity Episcopal Church, 815 N. Grant St., Bay City, MI 48708. The Reverend Sue Rich will officiate and Military Honors will take place. Cremation will follow with burial in the Mackinac Island Public Cemetery. Memorials may be designated for Trinity Episcopal Church in Bay City or the Mackinac Island Community Foundation. Visiting hours with the family will be Monday, November 4, 2019 and Tuesday, November 5, 2019 from 2:00 pm until 8:00 pm at the Trahan Funeral Chapel; and in church on Wednesday from 10:00 am until the time of service. For on-line sentiments: www.trahanfc.com