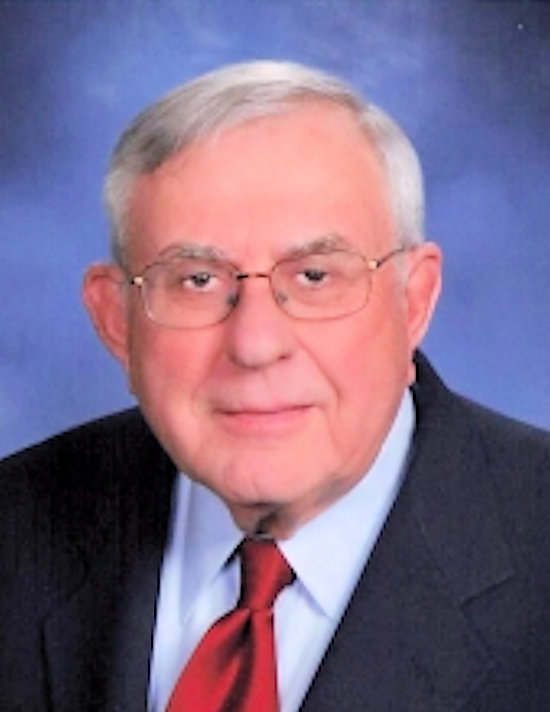 Paul Begick, son of the late Paul J. C. Begick and Lydia A. C. (Schmidt) Begick died on March 8, 2021. He was born on July 8, 1936. On August 18, 1962 he married Peggy Lou Plarske. She predeceased him on February 3, 1982. Paul was a lifelong member of St. Paul Lutheran Church and over the years held several elected and appointed offices.

Paul attended St. Paul Lutheran School and T. L. Handy High School. He graduated from Michigan State University in 1958 and was commissioned 2nd Lieutenant in the U.S. Army Reserve. He also served in the Michigan Army National Guard and the U.S. Army Reserve. From 1973 to 1990 he was Military Academy Liaison Officer in northeast Michigan for the West Point Admissions Department.

Paul was President of Begick Nursery and Garden Center from 1986 to 2015. He was active in many business and civic organizations including President of Michigan Association of Nurserymen, Bay County Gypsy Moth Committee, Bay City in Bloom, Bay City Civitan Club, McLaren Bay Foundation, Skill Center Agri-Science Advisory Committee and Bay Area Chamber of Commerce Beautification Committee. He enjoyed the camaraderie of the Civitan Golf League and his Bay City and Saginaw Breakfast Groups. In his spare time, he enjoyed reading and growing vegetables, many of which he shared with neighbors and friends.

The funeral service will be live streamed for friends and family who are unable to attend. Please log onto the church Facebook page at 10:45 a.m. on Friday, March 12, 2021: Facebook: www.facebook.com/stpaulfrankenlustbaycity or YouTube: youtube.com search st. paul bay city.