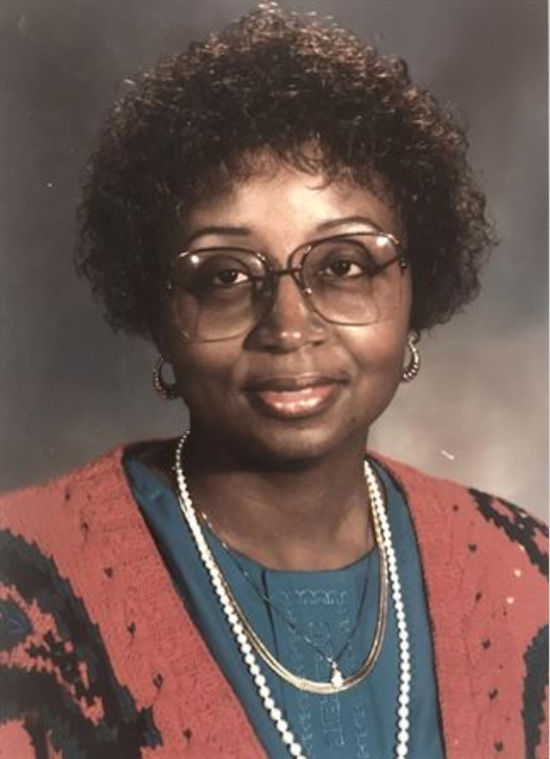 On July 22, 1942 in Victoria, Arkansas, Betty Jean (Hill) Williams was born as the second youngest child born to Gaither Hill and Rosie Lee Walker. Betty passed away on Monday, February 22, 2021 at the age of 78.

The Hill family relocated to Frenchman’s Bayou, AR, where she was an accomplished student and graduated from W.R. Golden High School in 1961 as valedictorian of her class. Inspired by her parents and the 4H Club sponsor, she decided to further her education majoring in Home Economics. She enrolled in A.M. and N. College in Pine Bluff, Arkansas and graduated in 1965. Betty continued her studies at the University of Arkansas, Fayetteville, graduating with her Master’s Degree in 1969.

Betty’s teaching career began in Helena, AR at Eliza Miller Junior High School as the Home Economics teacher. There, Betty met and became friends with fellow educator Sherry Williams, older sister of Lee Alfred Williams. Lee of West Helena, AR and after serving abroad in the United States Army, returned to the U.S, and settled in Saginaw, Michigan in 1968 to work for General Motors. In October 1971 Sherry called Lee, telling him of a beautiful teacher named Betty and suggested that they meet.

They met, fell in love, and married on December 26, 1971. Together they had a daughter and son and built a life full of love and laughter. Their love story spans nearly 50 years; both were unwavering in their commitment to each other.

For 26 years, Betty faithfully taught in Bay City Public Schools: teaching Home Economics and Child Care at Bay City Central High School, T.L. Handy High School, and Bay City Western High School. One of the joys of her life was teaching students and helping them to achieve their goals. She was a highly respected teacher and an inspiration to all who knew her.

Lee and Betty opened Magic Wash and Drycleaners in 1987. In 1994, a fire led to its closure, but from the ashes rose Magic Kitchen. Food for the soul and employment for the community were guiding principles for Lee and Betty’s Magic Kitchen, up until their 2019 retirement.

Betty exemplified Christian principles as a member of Zion Missionary Baptist Church for 49 years, as a Sunday School Superintendent, as a founding member of the United Sisters in Christ, and by visiting convalescing friends. Other community activities she held dear included Saginaw Chamber of Commerce Board, Positive Results Downtown, and Junior Leadership. She was also a decorated member of the UAPB/AM&N University National Alumni Association.

Giving back to the community was Betty’s life-long passion; and she worked tirelessly to support those in need. She was a faithful patron of the City Rescue Mission of Saginaw, the Saginaw Shiawassee Habitat for Humanity, and Saginaw Pride organizations. For 20 years, Thanksgiving was a public affair for the Williams family. Friends and strangers alike participated in their potluck dinners, preparing for those in need of fellowship and a home-cooked meal. She loved cooking, sewing, traveling, and spending time with family and friends.

****In lieu of flowers, donations in memory of Mrs. Betty Jean Williams can be made to City Rescue Mission, PO Box 548, Saginaw, MI 48606 or donate online www.rescuesaginaw.org.****

To send flowers or a memorial gift to the family of Mrs. Betty Jean Williams please visit our Sympathy Store.