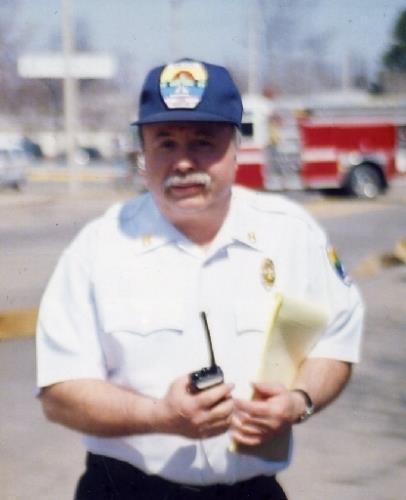 Raymond Norman Rosebush, Our beloved husband, father, grandfather, brother and friend passed away peacefully Tuesday morning July 12, 2016 at the James E. Cartwright Center in Saginaw, Michigan. Age 68 years. The son of the late Raymond and Margaret (Klopf) Rosebush was born June 18, 1948 in Bay City and has resided here all of his life. Ray graduated from T.L. Handy High School in 1966 and continued on with his education at Delta College and attended the Fire Academy in Maryland. He was a member of the K of C Council 414, A.C. Gilbert Heritage Society, Delta Sigma Nu Fraternity and served on the board of directors at the Financial Edge Credit Union.

He began his career as a firefighter with the Bay City Fire Department, where he proudly served his community and retired as Assistant Chief in 2000. In his free time he enjoyed antique toys and over the years built a huge collection, most of all he valued the time he spent with his family. On July 10, 2004 he married his loving wife, the former Debra A. Switala and she is left to cherish his memories along with four children and their mother; Marc and Kim Rosebush of Freeland, Jon and Kari Rosebush of Freeland, Elizabeth and Mike Hopper of Bay City and Emily and Josh Buchanan of Pinconning and Cheryl Rosebush of Bay City.

Members of the Knights of Columbus Council 414 will conduct a Bible Presentation on Saturday, July 16, 2016 at 11:00 a.m. followed by a Celebration of Life Ceremony at the Gephart Funeral Home, Inc. Officiating will be Mary Ann Helie with inurnment following in St. Partick’s Catholic Cemetery under the Auspices of the Bay City Fire Department. At the request of Ray cremation will take place at the Sunset Valley Crematory in Bay City. His family will receive visitors at the Gephart Funeral Home, Inc. on Friday from 2:00 to 8:00 p.m. and on Saturday from 10:00 a.m. until the time of service. Those planning an expression of sympathy are asked to consider a memorial to “Save Brian’s House” community group.